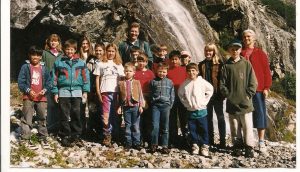 PART I – PL 90-544 passed in 1968 was acknowledged as a masterpiece of legislative effort.  The law addressed the needs of all people interested in the North Cascades. Vast expanses of land were protected within wilderness and national park boundaries. But, more than this, two recreation areas were created for active use by the visiting public as well as areas where communities would continue to exist – Wilderness-Park-Recreation. Each area had its own definition and public responsibilities. The law was well balanced.

PART II – This section reviewed the legislative interest that has existed in the North Cascades since the early 1900’s. The themes of recreation and preservation have been continually debated by citizens of the northwest and the nation. This section was ended by acknowledging that, after 60 years of false starts and stops, a bill was introduced to Congress concerning the north cascades. The bill, as presented, would have included Stehekin as a part of the newly proposed North Cascades National Park.  Had there been no public hearings and the bill would have passed as presented, Stehekin would be a part of the national park today. Fortunately; for Stehekin residents and the citizens of the nation who visit this spectacular setting, public hearings had an enormous impact on the final outcome of proposed legislation.

PART III-Even though the law and its legislative history indicate otherwise, there are those who say the LCNRA is to be managed as a traditional park. How do you answer this assertion other than to systematically examine the path of PL 90-544 as it traveled through Congress? You can’t.

Following the passage of PL 90-544 is essential for those who want to thoughtfully address issues in Stehekin today. The diagram below is a flow chart that follows the course of the North Cascades legislation through Congress.  Hopefully, a picture is worth a thousand words. Why is this diagram an essential ingredient understanding present day Stehekin? Every management decision made in the LCNRA must eventually (if the public is watching) “square” with the law. Was the LCNRA to be managed as a park or was the LCNRA to be managed in an entirely different manner?  My thinking is quite straightforward here. If the Stehekin Valley was to be managed as a traditional park, Congress had ample opportunity to pass a law making the Stehekin Valley a part of the North Cascades National Park.  For some reason(s) Congress choose an entirely different legislative designation.

On the Senate side:

On the House Side:

THE HOUSE AGREES WITH THE SENATE

After listening to testimony from citizens throughout the nation,

both the Senate and the House concluded that the

village of Stehekin should be included in a

National Recreation Area  rather than the National Park.

It should now be obvious that Congress did not want traditional park status and management for the lower Stehekin Valley. They choose a completely different management designation.  However, traditional management policy has not necessarily acknowledged Congressionally mandated differences.

The late Robert Byrd wrote his thoughts (1982) concerning administration of the LCNRA by the NPS since enacting legislation was passed in 1968.

“For everything from the very beginning has been built on the wrong assumption. The basic law has quite simply been misinterpreted: a national recreation area is not a national park and should not be administered as one. A Lake Chelan National Recreation area is not a North Cascades National Park.  The lower Stehekin Valley is no more a part of the national park than is the Glacier Peak Wilderness or the Pasayten Wilderness are part of it, even though they were designated and brought into being at the same time by the same act of congress. It is a totally separate and entirely different legal entity than anything else, all by itself alone, and would stand of itself had it alone received such designation 13 years ago.”

After reviewing the passage of PL 90-544, it would seem that Mr. Byrd is correct.  If Congress had intended the Stehekin Valley to be managed as a park, they certainly had their chance to make it a park right from the beginning.

Part IV will examine the reasons Congress stated for creating the LCNRA rather a traditional park in the Lower Stehekin Valley.