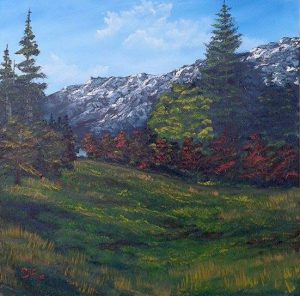 The first segment of our legislative history column was concluded with the following summary:

PL 90-544 represents the will of the combined voices of all the people.

PL 90-544 is an example of how Congress can work effectively FOR THE PEOPLE.”

The reason we want to provide our readers with a thorough discussion of Legislative History is because it is the Law which provides the foundation upon which the land is protected, and the Stehekin Community is given the security to abide in this valley. Common sense might also dictate that a viable social, economic, and spiritual community continue to exist in context with the land.  However; no matter what  common sense might dictate, it is PL 90-544 upon which our rights and responsibilities are based.  Therefore, it is the Law we must understand. (It feels uncomfortable to give this artistic piece of legislative effort the chilly, impersonal name of PL 90-544.  It is a law which warms to the legitimate needs of the People. For the time being, I will  call this legislative effort the North Cascades Bill. )

The fundamental question before those who study the North Cascades Bill is: How did Congress intend that these lands be used for the overall benefit of the people?  When considering the North Cascades, two words are predominantly used to describe management direction to benefit the people for future generations – Preservation and Recreation. Each simple word carries certain administrative ideals and solutions.  Which concept was to prevail in the North Cascades? Preservation?  Recreation?

Reviewing literature concerning legislative efforts in the North Cascades, one strong impression is recognized. Enormous thought and effort have been focused upon the people and the land of the North Cascades.  Different individuals and organizations may have contrasting views concerning management objectives, but all speak intelligently and passionately towards the land they love.

Starting in the 1960’s  political action was initiated to create a vast National Park and Wilderness in the North Cascades. This dream of exclusive wilderness-park complex was realized to a great extent but not completely. When public debate was complete, PL 90-544, the North Cascades Complex Bill was passed and signed into law by Lyndon Johnson in October of 1968 it included the Ross Lake and Lake Chelan National Recreation Areas. The public sentiment that swayed lawmakers to create two recreation areas, as well as, park and wilderness areas was significant.

1960 — 1968  In 1960, a study to evaluate the potential of establishing a Cascade National Park was undertaken.  In 1963 the North Cascades Conservation Council (N3C) prepared a bill that would create a 1,303,168 acre national park.  The village of Stehekin would have been included as part of the park.  This proposal was followed by Secretary of Interior Udall forwarding a bill to Congress in March on 1967 which also placed the village of Stehekin within the boundaries of the North Cascades Park. Preservation is the dominant and guiding principal of national park status.

If we were to end our review of legislative history at this March 1967 date, there would certainly be a clear case made for the fact that the lower Stehekin valley and the village of Stehekin were to be part of a nation park with a preservation mandate.  Had Congress passed the North Cascades bill as presented by Secretary Udall, Stehekin would have been part of the classical National Park System just as Yellowstone, Glacier or Olympic National Parks.

Fortunately for the Stehekin Community, the bill introduced by Secretary Udall was greatly modified as a result of public input before PL 90-544 was passed in October of 1968.  In the following article, we will examine the public process from March of 1967 to October of 1968.

The reader should realize that legislative activity concerning the North Cascades has occurred since the early 1900’s and that this work culminated in the passage of PL 90-544 in October of 1968.